It is with great excitement, mixed in with a large dollop of nervousness, that I present to you my new design the Delkash Dress which we are launching at Edinburgh Yarn Festival next week.

The Delkash Dress is a discretely fitted short dress with ¾ length sleeves worked in Stockinette Brioche. The inspiration for this design came to me as we were exhibiting at EYF 2018. A dear friend of mine and Brioche knitter extraordinaire, Siobhan, who so kindly came with us to help at our stand was wearing her gorgeous Brioche Askews Me Dress (a Stephen West design) while we were there, and she left not only me but basically the whole festival stunned – that dress is just so gorgeous!!! We had such a nice time at the festival, there was just so many delicious knits everywhere you looked, a feast for the eye, and we realised that planning your wardrobe is quite an essential part of preparing for a festival like this – and so we started dreaming up future projects to make in time for EYF 2019. (Natalie, Siobhan and I tried really hard to convince George that a knitted kilt had to happen, somehow this is yet to manifest itself...). With a complete dress envy – there was no question – I had to make a dress of my own. 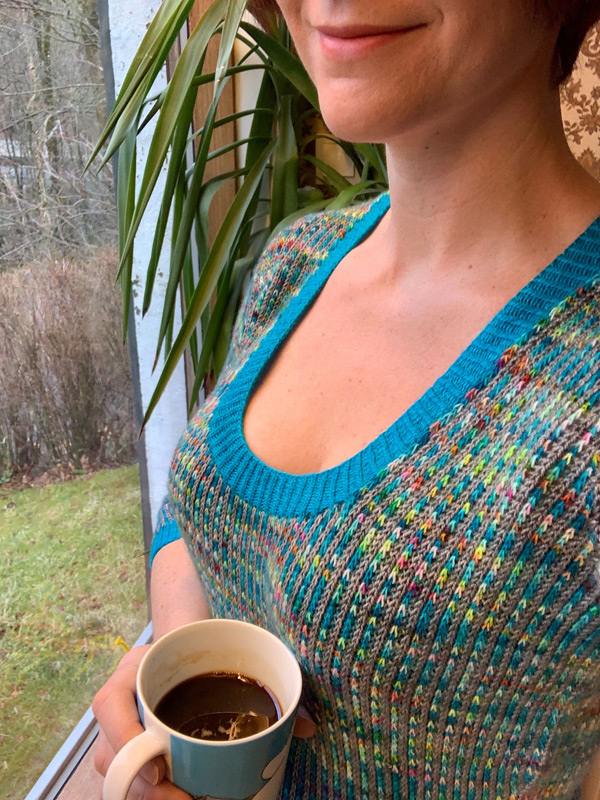 On our stand we had three of Garnsurr's Søkke Merino greens hanging next to each other, I just could not get my eyes of them, together they just created the most amazing fade from a subtle earthy one to a fantastic acidy neon one, I just kept lusting after them – still they were a bit too crazy for me to be able to wear them unless I toned them down with a more neutral colour and I was drawn to the subtle shades of Fyberspates' Vivacious 4ply. Now – this is what I absolutely love with Brioche – the possibilities for combining colours successfully are just endless. Also a few years ago I discovered the Stockinette Brioche and I found it to be just a brilliant stitch, I started off using it for a pair of leg warmers that didn't turn out quite right colour-wise and was quickly deemed for frogging, but ever since I've been wanting to use it in a design – I just had to come up with the right one. Like the more known ribbed Brioche Knitting, the Stockinette Brioche is an exciting way to work Brioche stitches – the main difference is that it creates a smoother fabric with slightly less drape and more hold than Brioche Rib Knitting – perfect for a knitted dress – as soon as the idea about a dress hit me I knew I wanted to do it in Stockinette Brioche.

Now the thing with Brioche knitting in general is that you always use smaller needles than what your yarn weight indicates, this is due to the size of the stitches produced, so even though you use smaller needles the gauge equals the one indicated for your yarn weight. So your project will grow according to yarn weight and not according to needle size, just saying in case any of you are already intimidated by the thought of such a needle size. If someone told me, say 10 years ago, that I would be knitting a dress on 3mm needles I would have laughed out loud – but here I was, starting off my project using tiny needles, that's what happens when you fall in love with an idea. 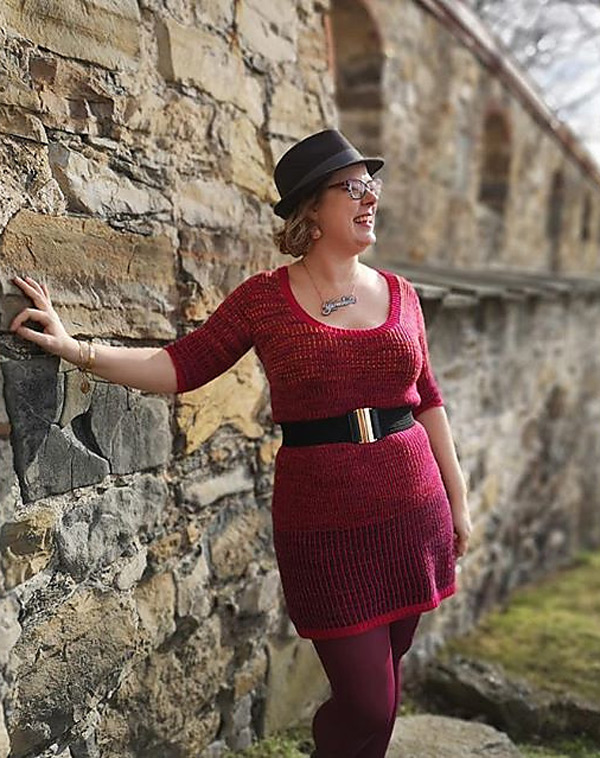 October last year I was ready to show the dress off to the world for the first time, and decided to wear it at the London yarn festival Yarnporium. It became obvious to me that the dress was a hit, and the decision to make it into a published pattern was made, so as soon as the festival was over I made a call out for test knitting, and seriously have my test knitters done a truly amazing job!!! One thing though – I am tiny, yes I know – and the one comment from when wearing the dress at the festival that really got to me was “Well you can wear it for sure, with such a tiny body, but I could never wear a fitted dress like that”. I did not design a dress for petite women, I designed a dress with the intention of making anyone that wore it feel gorgeous! Throughout the test knitting process this was an ongoing discussion – how do we make sure the quality of the instructions are just as accommodating for the larger sizes as it is for the small ones. What we found is that standardised sizing guide lines assumes that a larger size equals a taller person - which often is not the case. In the pattern we've made sure you can adjust the size to fit your height as well as your bust/waist size. The result is a pattern graded for 8 sizes ranging from bust size 78cm to 114.5cm. 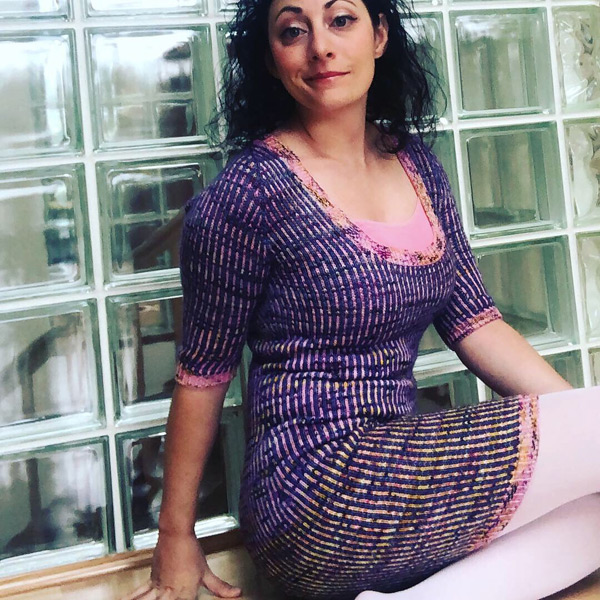 Bringing the Delkash Dress to Edinburgh Yarn Festival to be launched there seems like the apt thing to do, it feels like bringing it home - back to the origin of the ideas and emotions behind it. There is no denying that the Delkash Dress (named by the wonderful women of Garnsurr, meaning attractive!) is to this date my most ambitious project and it feels rather scary letting it out in the world, but I'm also very proud of the result we have achieved – and so without further ado I present to you The Delkash Dress! All details are up on its Ravelry page – it is available to buy from us at our stand at Edinburgh Yarn Festival – and will become available on Ravelry March 25th. Please check out the instagram hashtags #delkashdress and #kwatestknittersteam to see more amazing versions of the dress from my test knitters! 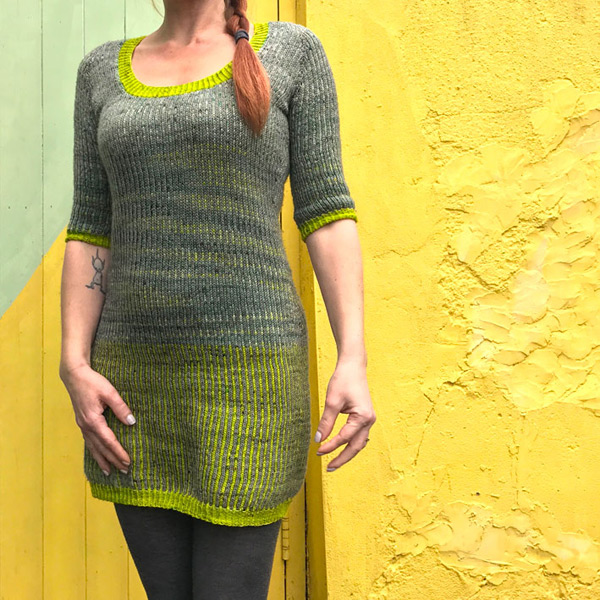