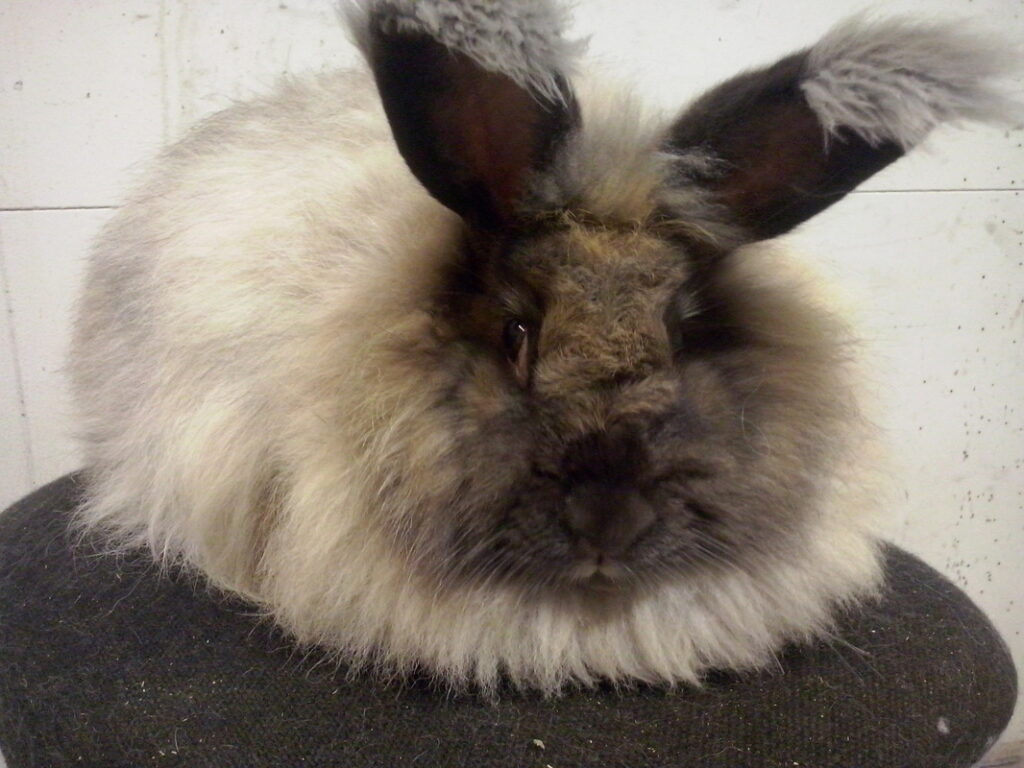 One of Vigdis' Angora rabbits[/caption]

Sometimes when you find a new yarn you can't help but get it into the shop, and when it's this special, you jump around said shop and can't help petting it when it arrives. We think you'll all be as excited when you see our brand new yarn, a hand cut angora from Annas Angoras in Norway. 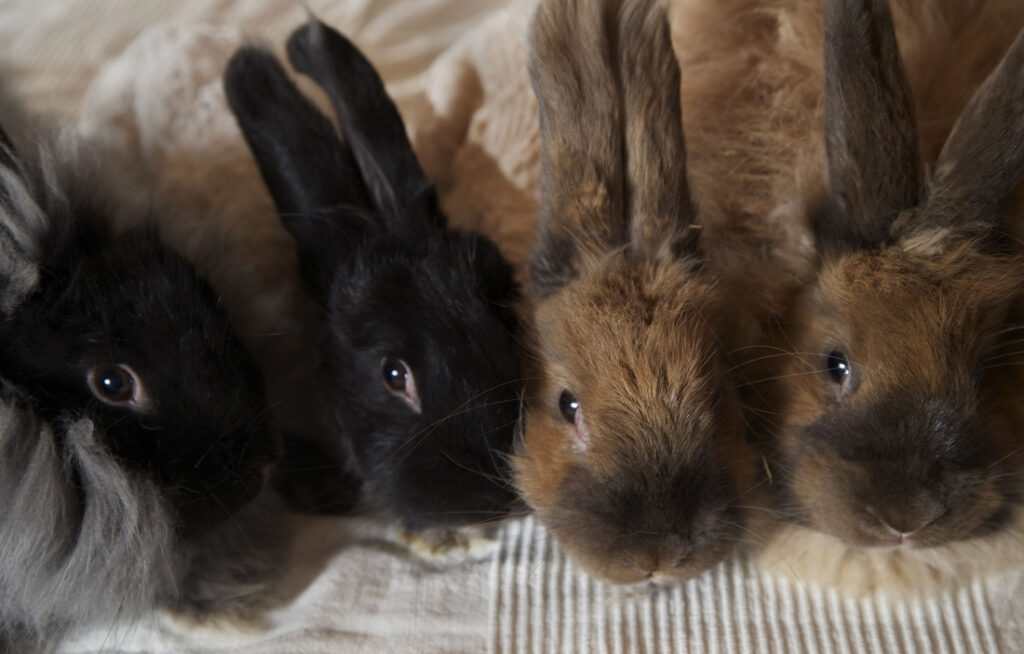 We were all very upset when we heard the news of how terribly commercial angora rabbits are treated. Think battery hens, but with fluffy bunnies instead. We vowed that we wouldn't have any angora in the shop as we couldn't support these practices. Imagine our happiness when we discovered that there is an alternative, from Annas Angoras. Vigdis Gardner started with angoras in 2011 with 2 rabbits. Through breeding and purchasing more rabbits her herd has grown to 120. She has profiles of each of the rabbits (including some pictures!) on her website.  It is in Norwegian, but Google translate does an alright job of translating it into English. 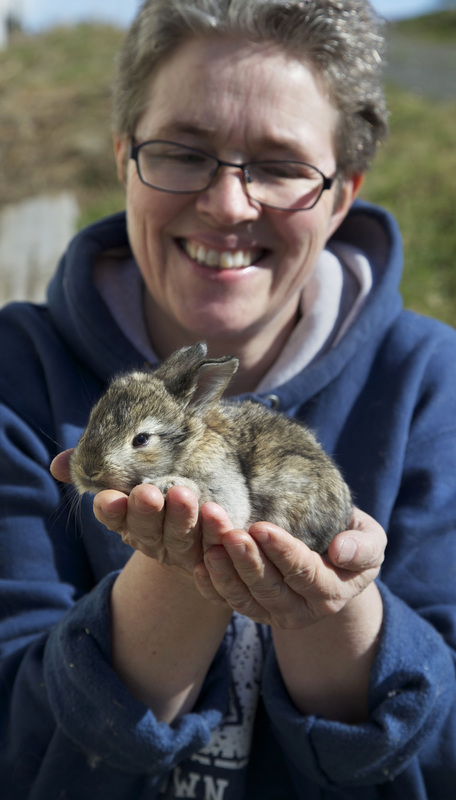 Vigdis and a baby angora rabbit.[/caption]

Despite the size of the herd, she still cuts the fur of each rabbit individually by hand. The rabbits have a much more pleasant experience and it becomes a haircut rather than a traumatic shearing or plucking. It can take an hour to cut each rabbit, and they can quite enjoy it, just like a cat may enjoy being pet. The colours of the final yarn comes directly from the coats of the rabbits themselves, creating a beautiful range of all natural shades. 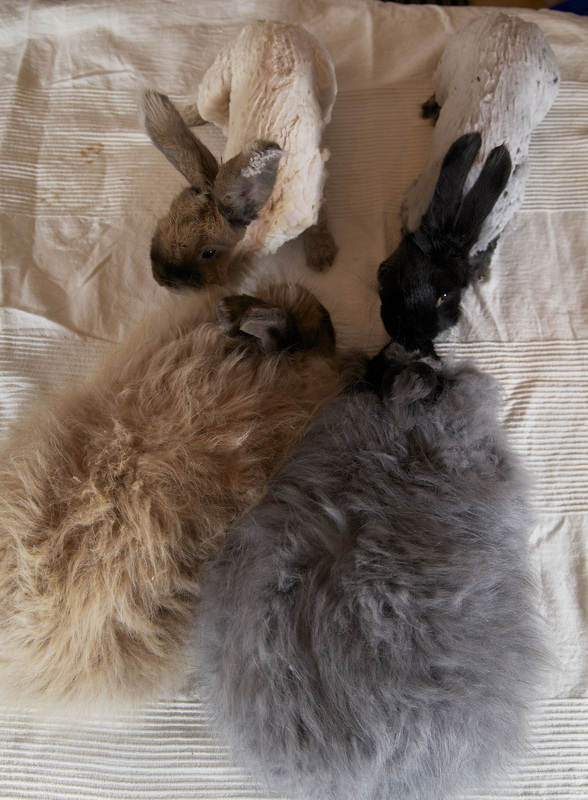 Here you can see the before and after effects of a cutting.[/caption]

The rabbit's fur must be cut 3-4 times a year to prevent it getting dirty and matted, and to prevent the rabbit from ingesting too much of it when they groom. Ingesting too much fur can understandably cause health problems for the rabbits. An angora rabbit can grow as much as an inch of hair every month!

Vigdis lives with her family on a farm in a remote area of Norway. They aspire to live directly from the land, cutting the grass that feed the rabbits by hand with scythes and heating with wood stoves. It looks positively idyllic, and a perfect place for rabbits and other animals to hop around and have happy lives. 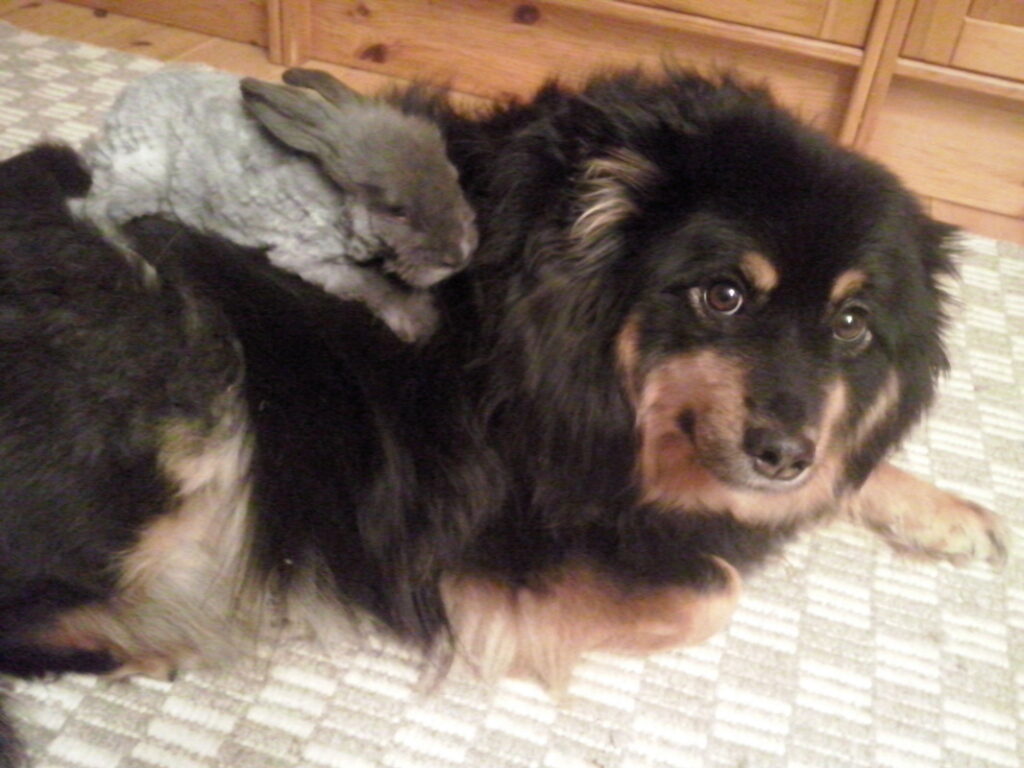 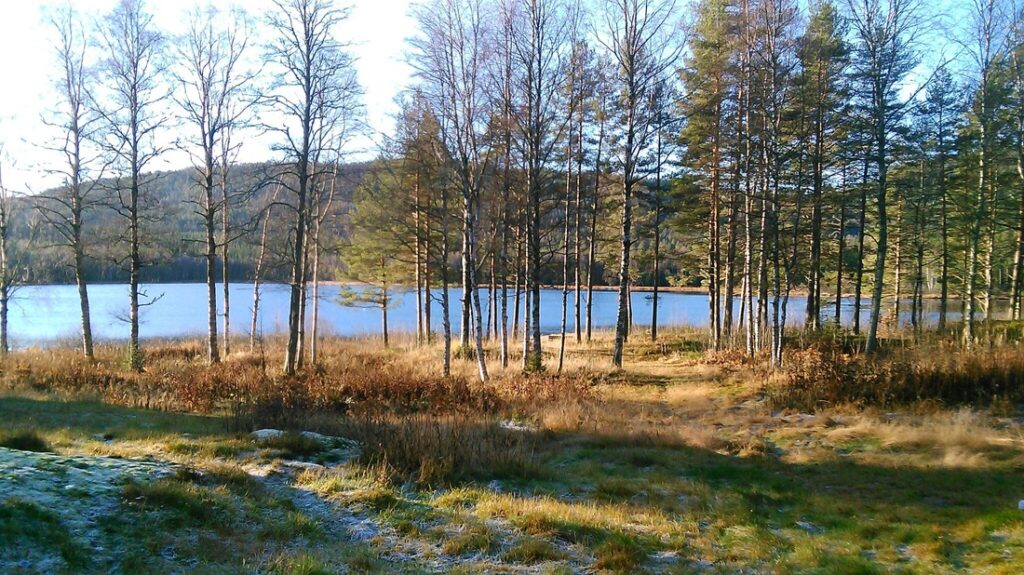 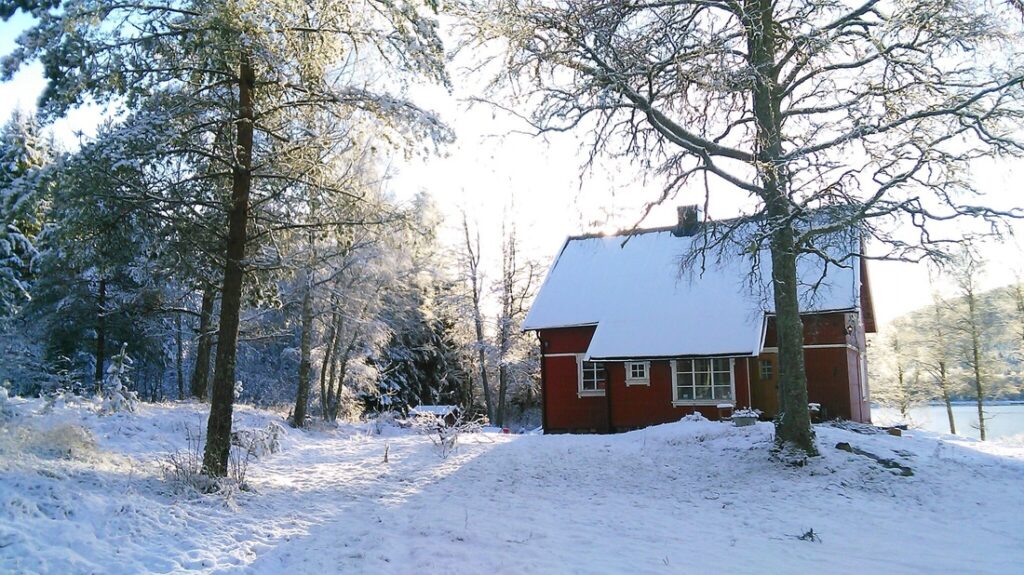 The farmhouse in the winter snow.[/caption]

We have 4 natural shades of a 4ply yarn in stock at the shop, in 25g skeins. It comes in Beige, White, Mid Grey and Light Grey. The yarn is a absolutely luscious to knit with and wear. Angora is an incredibly light fibre, which means that even a 25g skein has plenty of yardage. One skein is more than enough for a pair of small wristwarmers or a baby bonnet. Angora has a micron count that means that it is softer than cashmere, and has a lovely halo of fuzz that is like holding a rabbit in your hand. In the skein the yarn still holds a bit of the organic oil that is used when it is being spun, but it washes out easily after it has been knit with and the halo appears once it has been worn. It knits with a gauge of approx. 26 sts and 30 rows on a 3mm needle. 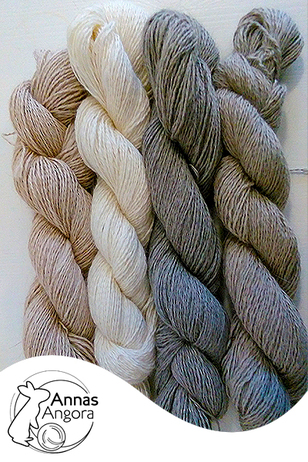 Knit With Attitude is the exclusive stockist of Annas Angora in the UK. As this is a small farm operation we have a limited quantity of the yarn at the moment. The rabbits are not scheduled for another cut until the spring, so we won't be able to get any more until then!  We will have it available online and in the shop starting Friday December 4 at noon. Perfect for a holiday treat or a present for a special someone.

Speaking of treats, we are running a Christmas advent calendar of daily specials. Every day we will have an offer of a discount and a prize to be won!