September has been a whirlwind of activity in the shop with the drop in temperatures.
It’s nice to see regular customers back from holidays and everyone getting excited about their autumn projects.

One of the things that kept me busy in the shop was that Knit with attitude participated once again in the Great London Yarn Crawl. This is a fabulous event that helps to kick off the autumn knitting season and promote the wide variety of yarn shops across London. The Yarn Crawl also generates awareness for Refuge and all net proceeds from the event are donated to the charity.

We had three amazing groups of knitters visit the shop and I was very excited to see many knitters back who had visited Knit with attitude on the Yarn Crawl last year. It’s always special to know that you’ve created a space that people want to come back to. In fact, many of the knitters showed just how comfortable they felt in the shop by settling themselves in the back room with their knitting once they had finished their shopping! 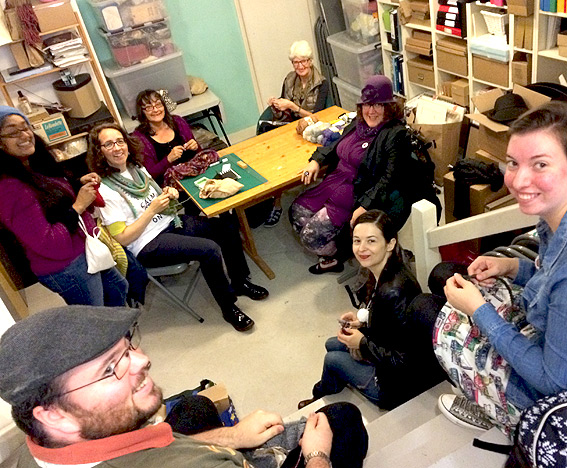 The Yarn Crawl was sold out this year with 90 participants and 17 volunteers helping out as Yarn Guides to take the groups to the 12 participating shops. Following the day’s exhausting trek round London knitting and shopping (sounds tough, doesn’t it?!), everyone gathered in a pub at King’s Cross for the after-party sponsored by Pom Pom where they could show off their purchases and win door prizes from the event’s sponsors. 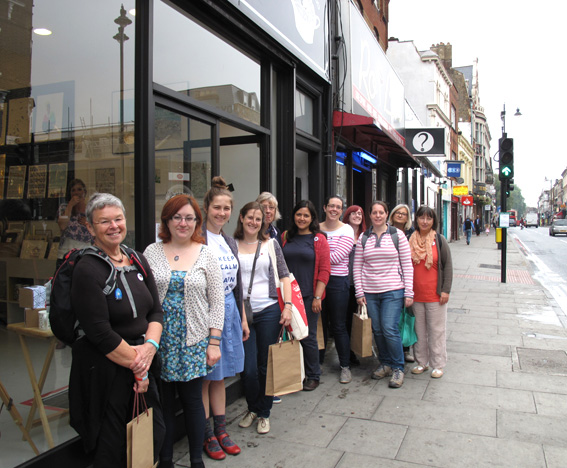 The post-event tally of the funds raised was just over £800! Hand knits were also collected for the women and children that Refuge shelters and 149 pieces were donated. Wow!

Organisers of the Great London Yarn Crawl, Allison and Rachel of Yarn in the City have plans to do the event again next year. They’ve already got the date, so mark your calendars now for Saturday, 5 September, 2015. I’m happy to say that Knit with attitude will definitely be back for a third year!