Happy New Year everyone!!! I really hope you all had a wonderful celebration and that Christmas brought you time to exhale, letting go of all the duties and chores of every day life. I for one did. Everyone that run or work in a shop knows that December is absolutely exhausting, it is a rush from start to finish, so for me Christmas has been all about doing nothing, together with my family. I had one plan though, and that was to knit. The great irony of running a yarn shop is that I never have time to knit my self, honestly my knitting year has been a disaster, looking back at what I have completed in 2013 this is about it: 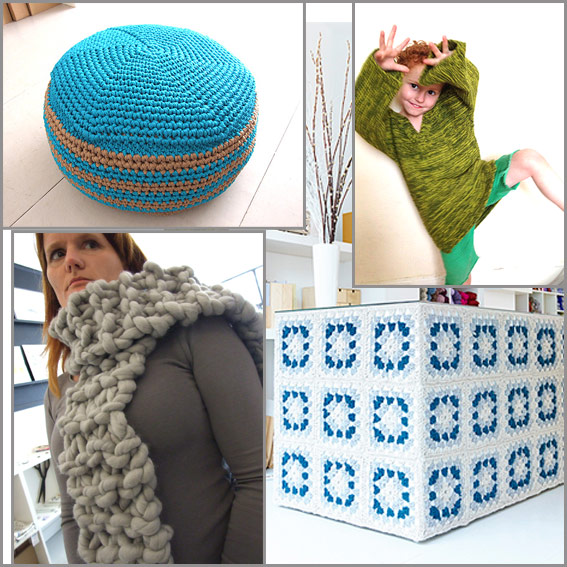 And then there is this:

My basket of started, but not yet finished projects, and these are those I actually am working on, there are a few tucked away in a box somewhere as well. My plan for this Christmas was to complete some of these, but then I got caught up in doing absolutely nothing….

I am per definition an egoistic knitter, I mostly knit for myself, but lately I've been thinking that it is about time I made something for my better half. To be fair, I have knitted for him in the past, a pair of socks, a hat and a scarf, but some would say that this counts as nothing considering that he has put up with me for nearly 14 years. So now I'm on the search for the perfect boyfriend sweater. For inspiration, look at what I've found so far: 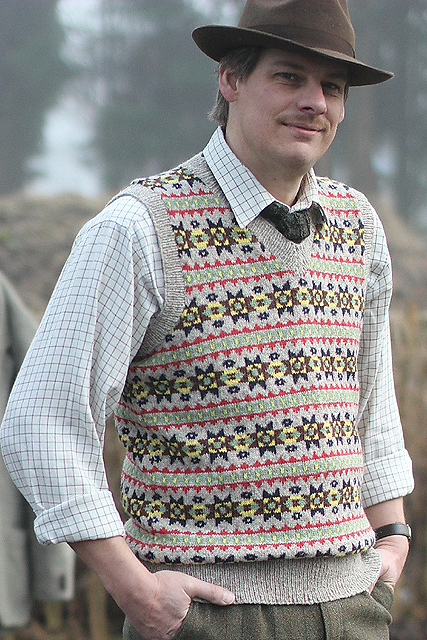 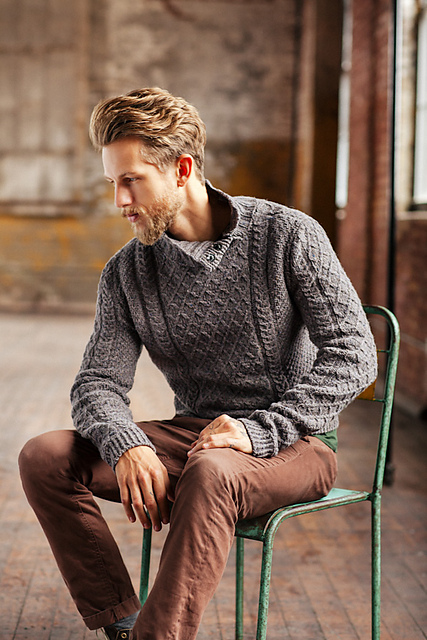 Speaking of inspiration, rumours have it, that the new Coen Brothers film soon to premiere in the UK, Inside Llewyn Davis will feature some great knits for men (not to mention the great men wearing them). The cast includes Carey Mulligan, John Goodman and Justin Timberlake, with newcomer Oscar Isaac in the lead role. Just look at this! 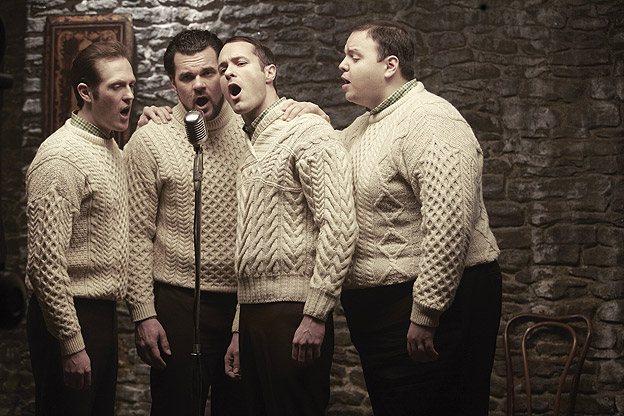 Inside Llewyn Davis by the Coen brothers[/caption]

Yes, in a way this sums up my New Year resolutions as well, to knit more and to watch more films, in the cinema that is. What are yours?