Designer and bespoke ceramicist Annette Bugansky has been developing her tactile range of porcelaine tableware, lighting and goftware since 2003. When making her collection of porcelain pieces she also creates unique textures using traditional craft making skills such as crochet and knitting. Annette's collections are exhibited at major shows and galleries, she also won the prestigious Best New Product in the Home category at Pulse London 2013 for her incredible lamp designs. At Knit with attitude we're extremely proud to include the works of Annette Bugansky to our range of products. 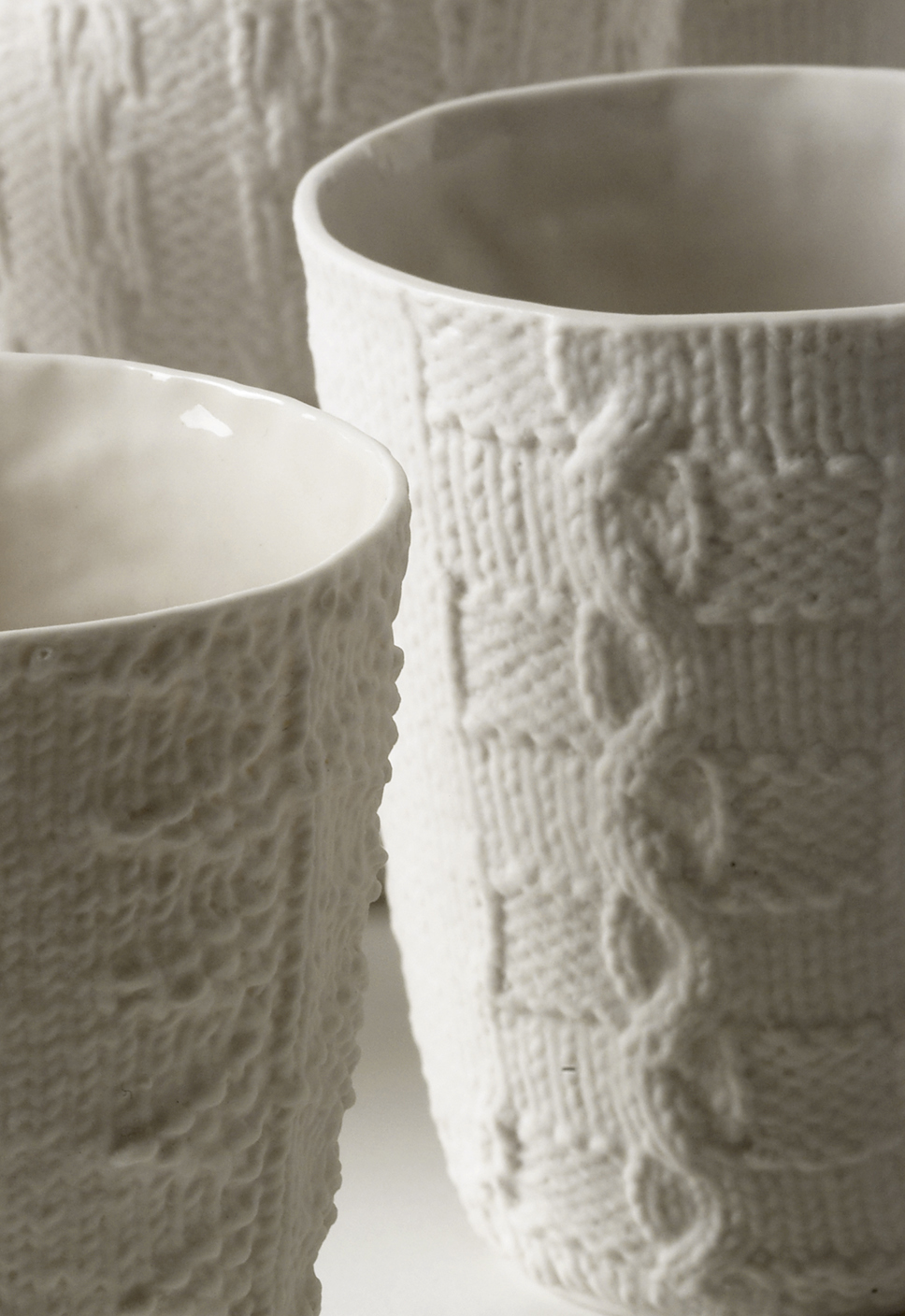 Drink from them, display flowers or float a candle in them. A totally versatile cup in five beautifully handcrafted designs that will fit any room in the home wether in a traditional or in a more contemporary setting. Perfect for your early morning coffee and as dusk appears pop in a candle to create a sensual and enchanting atmosphere. 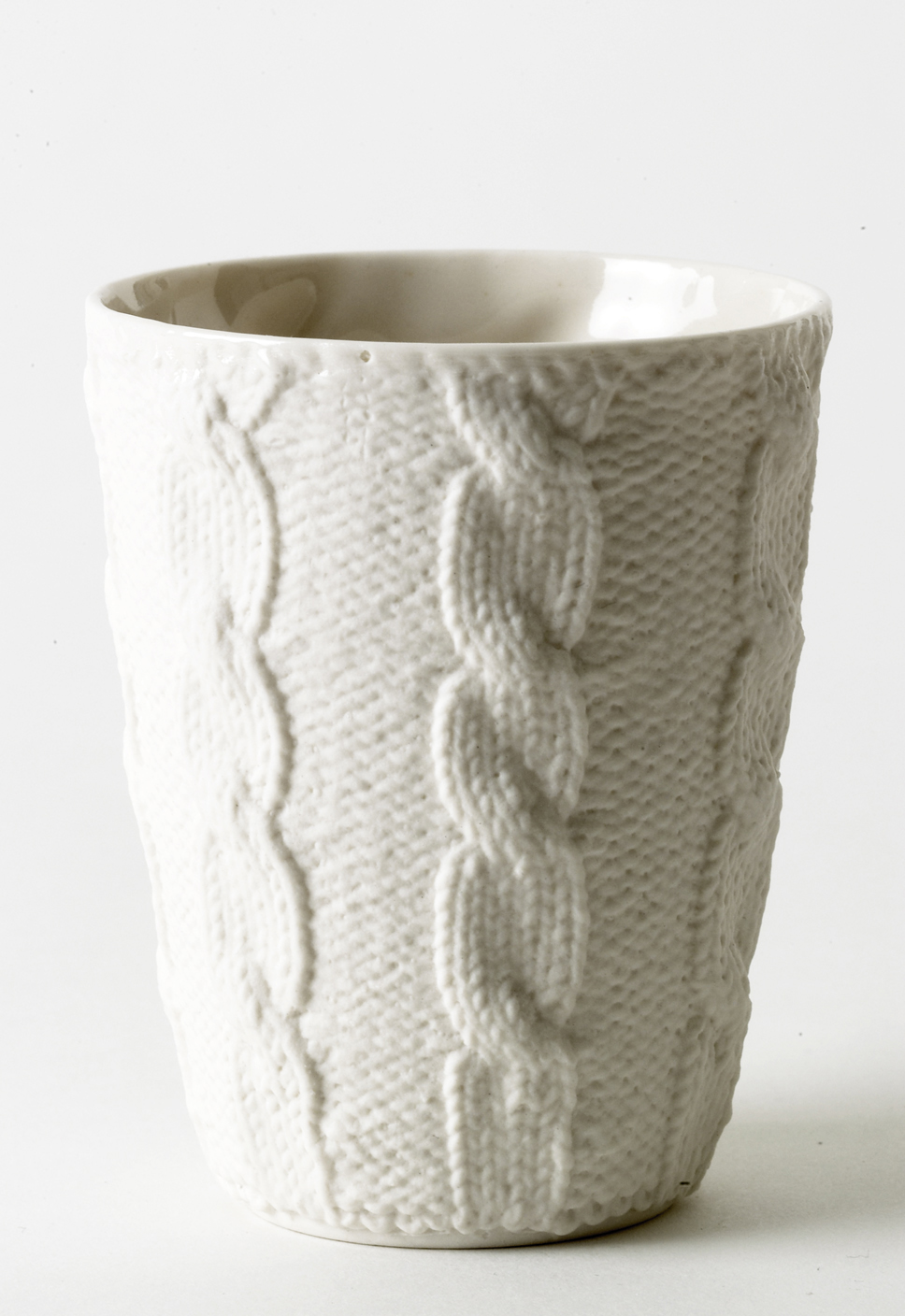 Annette Bugansky's handcrafted porcelain pedant light shades are designed to create a sensual and elegant atmosphere. When lit they emit a warm glow and spread a pool of light below. The lamp shades are delivered wired up, attach a plug and enjoy this beautiful statement piece for the home. 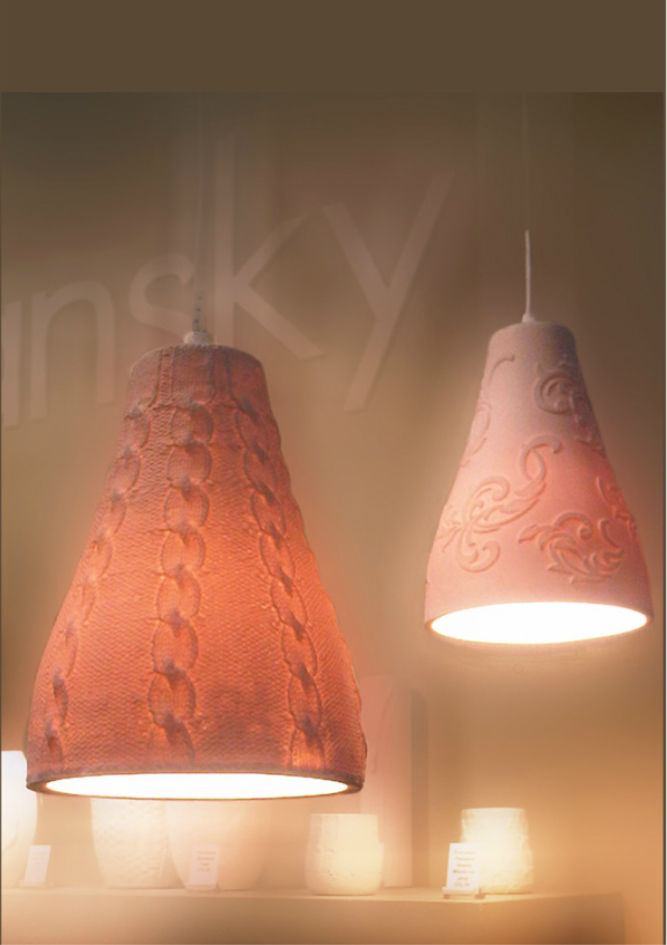